What You Can With Your Old TVs

If you have an older television that is either broken or is too outdated for your tastes, then you are probably scratching your head as you decide how to get rid of it. Worry no longer. Whatever the case may be, we have advice on how you can dispose of that older TV in the safest and most responsible way possible, and you may even make some money in the process. We’ll talk about your many options below.

If Your TV is Unuseable

There can be several reasons why you may decide to get rid of an old television. If it is that the TV is broken or otherwise unusable, then there is some smart advice about what you can and shouldn’t do.

What NOT To Do with Your Old TV

If your TV stops working, then you may be tempted to put it on the side of the road on garbage day or throw it into your trash bin. However, there are many reasons why that is the last thing you should do. For one, in many states, it is actually illegal to bring electronics to landfills, and that is because the metals and other materials that make televisions work can be harmful to the environment.

This is especially true of older televisions that use a cathode-ray tube (CRT) to produce the picture. The funnel glass that makes up that cathode-ray tube is considered hazardous waste because it contains lead, which is bad for the environment because it never completely breaks down, and it often seeps into the soil and groundwater. Even when it becomes dust, lead can be just as harmful as it contributes to air pollution. When humans are exposed to lead, it can result in hazardous diseases like anemia, brain damage, and even death.

Even modern televisions with LCD screens can be dangerous for the environment when not disposed of properly. The fluorescent lamp that gives the LCD its clarity contains mercury, which can also negatively impact the water table. LCD screens also contain sulfur hexafluoride, which contributes to global warming and acid rain.

Needless to say, if you have an unusable TV, proper disposal is essential.

Recycling OLD TVs is Best for the Enviorment

Since it is irresponsible and even sometimes illegal to send your old television to the landfill, your best option is to recycle your device.

When you bring your TV to a recycling center, they will dismantle your monitor and separate all of the parts. The parts that can be reused, like the wood, plastic, or copper, will be sold to create new products. If you bring in a CRT television, the hazardous pieces of the cathode-ray tube will be separated and reused in such a way that they won’t pose the same threat to the environment.

When modern TVs are recycled, the same process will take place, and while the mercury within the display cannot be completely removed, the recycling center will take better care of the materials than what would occur at the landfill.

While you can simply drive your device to the disposal center, if you have a large TV, then you may be able to work with a recycling company that will drive to your home and pick it up, often for free. Whichever way you choose, you can find your local recycling company by searching online.

What To Do With Old Televisions That Still Work

In the case that your TV still works, but you no longer have use for it, which may be the case if you move on to a larger model or you decide to clear clutter around the home, then you have many options. While it is still possible to recycle a working television, there may be better uses for that device since it likely still has several years of life left within it. Here are a few suggestions:

The only thing better than freeing up space in your home is getting something in return, and you can do that when you trade in your old television to an electronics store. For instance, Best Buy has a great program where you can bring in your old TV, and the retailer will recycle it per the previously discussed steps.

In exchange, you can get a gift card that you can use for other electronics sold at Best Buy, which could even go towards a larger television. Other retailers around your area may have a similar deal, so contact your favorite store for details.

If you are not interested in getting a reward for your old TV but you still want it to go to a good cause then you also have the option to donate it to charity.

You have many choices when it comes to donation centers, including Salvation Army and Goodwill, among others. You could even inquire about donating at a local library. No matter what type of TV you have, giving it up for donation will not be difficult. Modern LCD televisions of all sizes are still popular, even if they are several years old because they still have connections for HDMI and all of your peripherals.

Even older CRT televisions have surged in popularity over the last several years because of the retro gaming crowd. Older video game consoles made before 2002 are designed to connect via an audio/video (AV) connection which is typically only available on a CRT television. In addition to the available connection, a CRT screen is really the only way to properly view an older game. Needless to say, there is no excuse not to donate a working television.

Now that you know that your older working television can still be of great value, it should be a no-brainer that throwing it out should be your last option. If you want to get rid of the TV quickly, then a donation is the way to go. However, if you have a little more time, and you want to get some cash in your pocket, then another option is to sell your television.

One option is to host a garage sale and sell the TV there. However, the better option is to sell it online. There are many websites where you can post your television, including on Craigslist and Facebook Marketplace. However, the best place to go may be eBay because many retro gamers look for games there, so they will also be looking for a suitable TV to play them.

When you write your online ad, it is important that you are truthful about the condition of the television. If you say that it works, make sure that it does. It would also be wise to mention the connections and features that the TV supports. There is no set price that you should request, but starting at $50-$100 is a good start.

When it comes time to get rid of your television, take a moment to think about your options. If it is not working, then make sure to take the time to recycle. If it still works, then consider donating or selling it so someone else can enjoy it in the future. In either case, you’ll be making the world a better place. 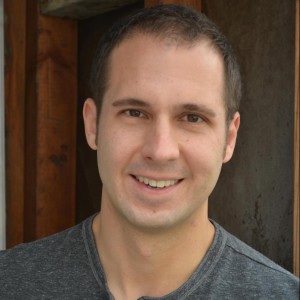 Justin Zipprich is a writer out of Las Vegas, Nevada. He is the founder of the informational website In Three Steps, an educational site with 3-step processes for everything from changing a tire to bowling a strike. His blogging work on everything from money management to appliance reviews has appeared on websites ranging from Reader's Digest to The Dollar Stretcher. In addition to his non-fiction work, he is also a writer of short stories, poetry, and numerous screenplays. His short fiction has been published in many short story collections and literally journals, including Foliate Oak Literary Magazine, Fiction and Verse and Whisperings Magazine. His screenplays have been nominated for multiple awards, including nominations for “Best Script” and “Most Likely to Be Produced” at the 2014 Action on Film (AOF) Film Festival.