How to Wash a Cast Iron Skillet and Maintain It

A cast-iron skillet is an essential kitchen tool that everyone should have. It is a no-nonsense durable, and humble piece of kitchen equipment. It is a kitchen purchase that will last a lifetime if you take care of it properly. Cast iron skillets are great for crispy cooking and searing a piece of meat just right.

Cleaning a cast iron skillet is an easy process that only requires a few things that are probably already in your kitchen. The tools you will need are paper towels, a nonabrasive scrub sponge, and cooking oil.

Scrub the dirty skillet with the brush and hot water. If there is a lot of stubborn, stuck-on food, it is ok to use a food scraper to remove the hard-to-clean bits. Most cooks would agree never to use soap on a cast-iron skillet and never put them in the dishwasher. However, a small amount of mild detergent is ok if used sparingly. If any bits can’t be removed, try boiling water in the skillet to loosen up those stuck on dried food remnants. A cast-iron skillet has a naturally nonstick surface that should be cared for and never overexposed to too much moisture, as it will ruin the pan. Never soak a pan for too long and dry thoroughly with a dish towel or paper towels after every wash.

How to Maintain Your Cast Iron Skillets

To properly maintain a cast iron skillet, it is important to season it after each use. The naturally nonstick surface will build up a smooth, shiny finish which is called seasoning. Seasoning is an essential part of owning and cast iron skillet.

What is Seasoning on a Cast Iron Skillet?

Seasoning is the process of repeatedly heating oil on the surface, and as the oil cooks off, the fatty acid from food and cooking oil creates a new smooth nonstick almost like a plastic surface. If you ever cook on a cast-iron skillet and the food sticks, it hasn’t been seasoned. Seasoning a pan is easy to do and will keep the skillet surface protected.

After washing the pan, put it on the stove on low to medium heat, and once it is dry and no water remains, add some oil and spread it around with paper towels.  Be sure to check the setting. If it’s on medium to high, it could cause a fire. Next, wipe it down with paper towels that have a few tablespoons of oil on them. Make sure to use tongs for safety. Do this several times with the cast iron skillet on low heat. The skillet will smoke as it burns off the oil. Repeat this step several times until the cast iron skillet looks soft and smooth. Be careful not to overseason the pan. The oil will build up when used regularly.

The second way to season a pan is to cover the pan inside and out with oil and place it inside a preheated oven at 350 degrees Fahrenheit. Place a pan below the skillet to keep the mess to a minimum. This will catch any dripping oil. Leave the skillet in the oven for one hour. Remove carefully with tongs or oven mitts.

The best oil to use for seasoning is an oil that has polyunsaturated fat. This type of fat will oxidize and polymerize easily. In other words, it will create a smooth nonstick surface. Some good oils to try are flaxseed oil, sunflower oil, and soybean oil.

A genuinely nonstick surface takes time to form, so be patient, season well, and in the beginning, only use the skillet for fatty foods like meats and other types of rich foods. This can help build up the life of the pan and keep the cook from getting too frustrated.

The best way to check how well seasoned a cast iron skillet is to touch the skillet it should not be greasy or sticky to the touch, nor should it have any dry or rust patches.

How to Deal With Rust on a Cast Iron Skillet

A cast-iron skillet, if properly cared for, will never rust. However, if there is any rust from a poorly maintained skillet, it is a simple process to restore the skillet. Scour the pan with steel wool until the rust is removed. The pan will have spotty dry spots, just use oil and follow the seasoning steps. Repeat as many times as necessary to restore the skillet to its smooth, dark surface. And always store the pan in a cool, dry place.

Another unusual way to remove rust is using half a cut potato and baking soda. This is a traditional, albeit unconventional, way to remove any rust that is on the cast iron skillet.

There are a few tips that can help your cast iron skillet maintain its shine.

A cast iron skillet is a great addition to every kitchen. Care for it and season it well, and it will last a lifetime. 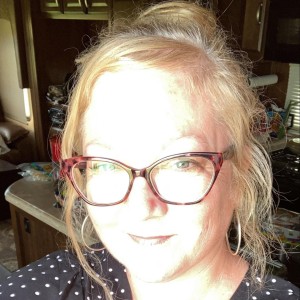 Keri is a writer in the Pacific Northwest. She has a background in language learning and education. She speaks Spanish and Italian and loves to travel. She can usually be found playing in her garden with her kids or trying new recipes in the kitchen.