We are a Kansas City based company with under 20 employees. Our goal is to create stunning website for our customers while increasing their online presence and customers. 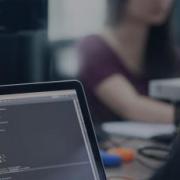 Sign up now and get a free website demo of your new or re-design website. Try it before you even buy it...but we are sure you will love your stunning new website!
All of our websites are HTML5 and w3c validated and responsive. They work on any device and look great.