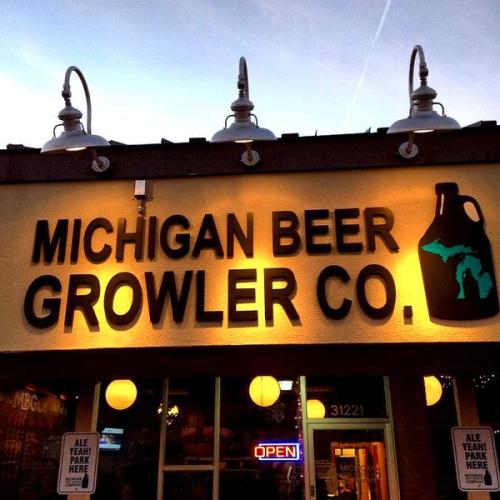 —
No Reviews Yet
Leave a review

It took a trip to Atlanta combined with a dad's love for beer - and the idea of Michigan Beer Growler Company was formed.

It started with Larry, a true beer enthusiast, who has been known to tour several craft breweries a month, taking his growlers to each place and proclaiming what kinds of IBU factor the beer has. His family found him entertaining but when the idea came up to have a location dedicated specifically to filling growlers with hand crafted beer, it was a concept that could not be forgotten.

Janae, founder and owner of the Michigan Beer Growler Company, is Larry's daughter. Upon visiting her friend in Atlanta, she was introduced to a growler filling station and it was love at first sight. With the help of her friends, family and supportive husband, the idea has now become a reality.

Janae grew up in Kalamazoo, Michigan and moved around a bit before returning to her home state. After taking an early retirement from the food marketing industry, Janae has spent the past several years at home raising her four children. However, the concept of a filling station is not foreign to her. Throughout high school, college and post college Janae worked in food establishments as a waitress and server. The last restaurant she worked, John Barleycorn in Chicago, served over 20 beers on tap and Janae got her first introduction to the wonderful world of craft beerâ€¦and her husband of 15 years, Brian.

Larry Burns, the man behind the inspiration and president of MBGCo Research and Development, grew up in Paw Paw, Michigan. He is a retired computer analyst and spends his days trying to find the best IPA in Michigan. He returned to Michigan with his lovely wife, Dorothy (aka Janae's mom), two years ago after living in two other states and has been filling his growler ever since.

The mantra of Michigan Beer Growler Company is to provide a wide variety of craft beer for every enthusiast. Customer service, education and beer satisfaction are the number one goals at MBGCo. Additionally, it hopes to carry one of the largest supplies of craft beer on tap that Michigan Breweries have to offer. MBGCo offers 26 beers on tap, 2 hard ciders and 2 craft sodas. From pretzels to apparel, MBGCo also carries merchandise that is special to Michigan. Stop in and see what it's all about! 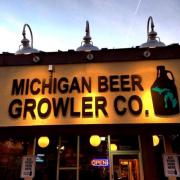 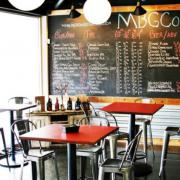 This listing has no reviews yet.