How Do Pressure Cookers and Instant Pots Work?

Pressure cookers and instant pots are great tools for the kitchen. Both types of cookers have gotten a lot of attention in the past few years. These cookers can shorten cooking time and leave you with juicy, flavorful food. Many people prefer food cooked in a pressure cooker or instant pot over food cooked in a more traditional manner. But most people may not know how they work.

While you probably have some idea what both instant pots and pressure cookers look like, you may not be aware of how they work.

One of the first things you need to know is that there are two types of pressure cookers: electric and stovetop. While these both cook in the same basic way, the way they function differs somewhat.

A stovetop pressure cooker requires much more attention from the cook. Not only do you have to monitor and adjust the heat while the pot builds pressure, you also have to learn the proper heat settings to maintain the temperature without overpressuring during cooking. You also must use a separate timer, then turn off the stove when your food finishes cooking. However, one advantage of stovetop cookers is that it is sometimes possible to set them to a higher pressure than their electric counterparts.

But instant pots also have several additional features. Depending on the model you buy, you may see many additional buttons with presets for rice, slow cook, steam, saute, and yogurt, among others. This lets your instant pot take the place of multiple kitchen appliances. No longer will you need a separate slow cooker and rice cooker, your instant pot can take over for both.

The basics of all pressure cookers and instant pots are the same. While there are variations to the features and functions of different models, they all have similarities.

Parts on all Pressure Cookers That Are The Same

All pressure cookers, electric or stovetop, contain these main parts:

The lid on a pressure cooker locks on. Often, you accomplish this by rotating the lid into a slot. The lid also has a gasket to hold in the pressure. This can be some kind of rubber or silicone.

Pressure cookers must have a pressure regulator. This valve will pop open and release the pressure if it exceeds the preset. Some models let you adjust this pressure, but some do not. Typically,  this comes in combination with a steam vent, which lets excess steam escape from inside the pot.

Safety valves are an important part of the system. If the pressure inside the cooker rises to unsafe levels, the safety valve will open and let out the pressure. Under normal circumstances, the pressure regulator and steam vent maintain a safe pressure level, but these valves are a fallback to prevent damage or injury.

If your pressure cooker is a stovetop model, that’s pretty much all you get. There may be slight variations in how the lids lock, and the pan itself may have a slightly different design from one model to the next, but the basic stovetop model is pretty simple.

How Electric Pressure Cookers Are Different from Stovetop

While the basics are the same, there are some pretty significant differences in how instant pots and electric pressure cookers are constructed when compared to the stovetop models. Some of the additional features both kinds of electric cookers have are:

The removable pot makes cleaning easy, but it is also necessary since you shouldn’t submerge the main cooking unit. This is different from the stovetop pressure cookers, which have no electrical components at all.

Having a built-in heating element in an electric pressure cooker or an instant pot can be very handy when making a lot of food since they do not occupy a burner on your stove. This frees up the burner it would have used. It has the added benefit of an onboard controller that can take care of setting the cooking temperature to the proper level, so you won’t have to adjust it as it warms up or turns it off when the food finishes, which you must do on the stovetop.

The onboard timer and scheduler let you set a cook time, put your food in, and walk away. No more rushing back in to turn off the burner under the pressure cooker, it will do it for you. You can also set a time for the cooker to start, letting you fill it and leave it ready to go when you go to work. At the right time, your food will begin cooking so your meal finishes right when you are ready to eat.

Many electric pressure cookers and instant pots include added sensors that prevent you from taking the lid off if the steam pressure inside is too high. This prevents injury and damage.

Some electric pressure cookers and all of the instant pots have cooking features you won’t find on a stovetop cooker. There are settings for rice, soups, different types of meat, and other specific foods.

How Do Pressure Cookers Cook Food

If you cook moisture-laden foods, the heat that the food can reach inside is typically limited to the boiling point of water, or around 212F at sea level. In an unpressurized pot, the water in the food will turn to steam and escape the food as the temperature exceeds this, taking much of the heat with it. This slows the cooking rate significantly, and it can dry the inside and affect the structure of the food.

In a pressure cooker, the sealed and pressurized environment actually increases the boiling point of water. On an electric pressure cooker or an instant pot, this can move the boiling point all the way to 250F or more. Water within the food can get much hotter before steaming away. That means the moisture stays inside the food and continues the cooking. In a non-pressurized pot, the moisture can exit the food and make it more difficult to conduct the heat to the internal parts of the food. This slows a traditional cooker’s cook-time, which is much of the reason a pressure cooker is faster.

A huge advantage to cooking in a pressure cooker is that your food will be much more moist. It can also allow your food to retain more nutrients because of this, though there is some contention on this point between experts.

In the past, it was common to hear stories of exploding pressure cookers. People would wind up hurt, with food on their ceiling, or a mess on their stove. This was because older models didn’t have any safety valves. If their pressure regulator and steam vent became plugged the unit could continue to build pressure beyond levels the pot could contain.

Can A Modern Pressure Cooker Explode?

Any modern pressure cooker should be extremely safe to use. Modern cookers have at least one safety valve. Generally speaking, the pressure regulator and steam vent should let any pressure beyond normal limits escape from the pot. If your pot ever exceeds that limit, the safety valve or valves should open and release the pressure. This prevents it from ever reaching the level where it could explode.

Is Pressure Cooking Bad For Your Health?

The Dangers Of Steam

This is an area where pressure cookers can be dangerous if you do not take care. There are a lot of safety features built into pressure cookers, but many of them still have a relief valve that you can manually open to release the pressure inside, which in turn lets out a lot of hot steam. If you are not careful you could get a steam burn.

The most likely time that you could get a steam burn from a pressure cooker is when releasing the steam from the pot manually. This is when you turn the venting knob from the sealing position to venting. That could release a burst of hot steam if the pot has not sufficiently cooled. If your hand, arm, or other body part are over the vent at the time, you could get a burn. You can avoid a steam burn by using caution when releasing pressure early in this manner.

Overall, cooking with a pressure cooker is quite safe. Your food should come out tasty and at least as nutritious as with any other cooking method, and there are many safety features built-in to protect a user. 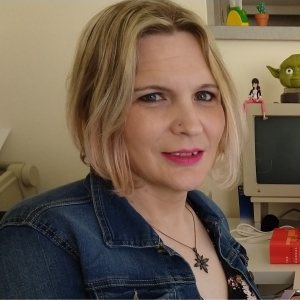 Jennifer Taylor is a freelance writer and novelist with interests ranging from computers to cars, and movies to muffins. She lives in Kansas City with her wife, where they can often be found playing one of the Dragon Age games or watching Star Wars. Learning new things so she can help others understand them better drives most of her non-fiction writing, while living in fantasy worlds guides her novel writing. In her opinion, purple is not just a color, it is a state of mind.